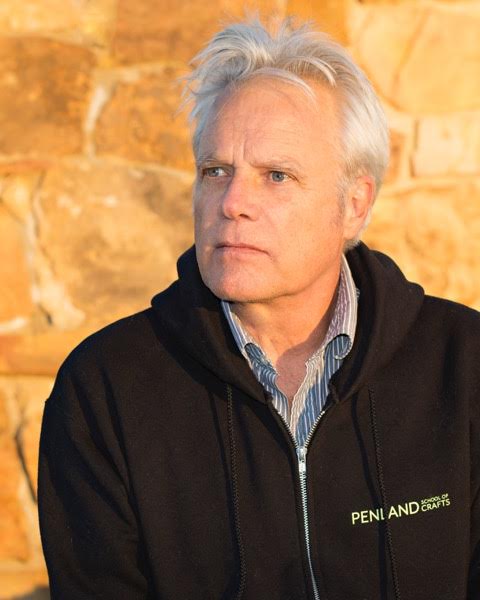 Having grown up in a magical setting with few rules to heed his imagination, mixed media sculpture artist Geoffrey Gorman breaths life into a myriad of curious and evocative sculptures. Geoffrey grew up on an old plantation in Baltimore, Maryland, where he was given the freedom to roam the abandoned barns and buildings scattered throughout the surrounding countryside. These constructs, paired with a rich selection of wildlife and natural wonders, have influenced a great deal of the work he does, incorporating found objects into his sculptures.

Having attended several art schools, Geoffrey eventually found a place for himself, designing and building contemporary furniture. Since that time, Geoffrey’s career has evolved from furniture artist to gallery dealer to art consultant and, now, to full-time artist and instructor.

He spends most of his time in Santa Fe, New Mexico, building sculptures constructed of a intriguing items, including old marshmallow tins, croquet balls and cigar boxes.

“When I am making objects, I think of model airplanes made of balsa wood, then covered in thin transparent paper. Or I see decoys and shapes made to attract wild animals,” Geoffrey says.

Geoffrey’s work has been featured in a number of national and international publications, including the New York Post, Southwest Art, American Craft, American Style, and Cloth, Paper, Scissors. His current work can be viewed on his website and at the SelbyFleetwood Gallery in Sante Fe.

Events this person is involved with:

Stay in the know for upcoming Workshops and Events! Our e-newsletter comes out a couple of times a month. We promise to never do ugly things like sell your contact information.

You have Successfully Subscribed!