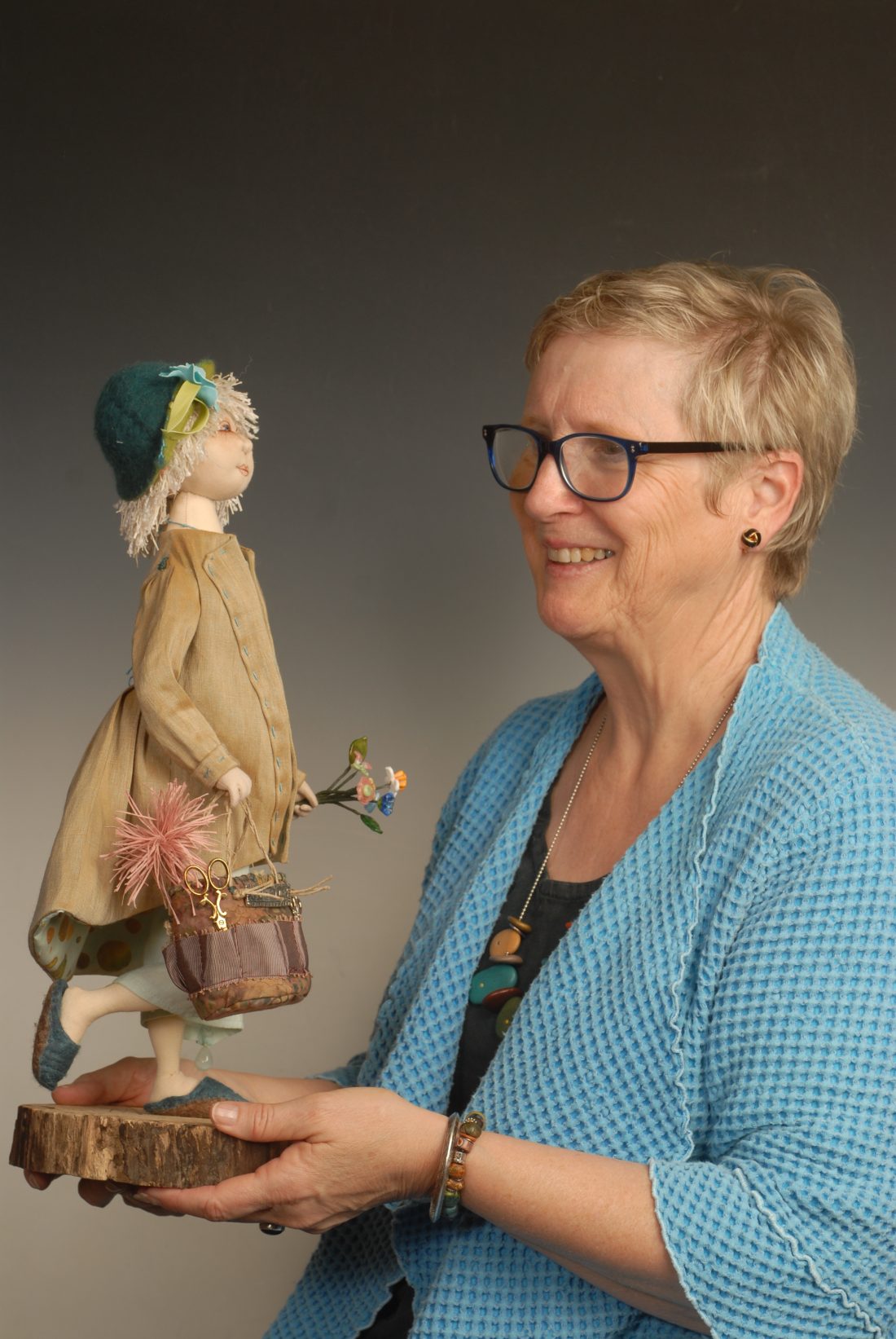 Charlie Patricolo is a talented cloth doll maker and fiber art instructor. She is thrilled to do work that she loves and recognizes this as a gift. Charlie’s affinity for dollmaking began as a teenager working for a fabric store. She made a few dolls using patterns and offering as gifts, but put the craft aside as she began a career in the technology field.

After taking an early retirement from her job and taking a class at John C. Campbell Folk School in Brasstown, North Carolina, she began to teach the art of dollmaking and sought out galleries to sell her work. She was accepted into the Southern Highland Craft Guild in 2002 and was accepted into the Original Doll Artist Council of America, which has inspired her to produce a more diverse set of work.

She finds inspiration for her dolls from song lyrics, pieces of fabrics and the various stages of her life. “I just never know when or where the idea will come from for the next series,” she says. “Being open to the possibilities is first, then I live with the idea in my head for days, weeks and sometimes even months before all the parts come together and I have the opportunity to get into the studio with several days in a row to work on something new.”

As an art instructor, Patricolo challenges her students to make those things which their hearts and hands can produce. She enjoys watching the possibilities come to reality in the classroom. “It is a wonderful thing to have a student at the beginning of the class say that they are not sure they can actually make a doll and then get to the end of the class and say that they cannot believe that they have made the doll.”

Events this person is involved with:

Stay in the know for upcoming Workshops and Events! Our e-newsletter comes out a couple of times a month. We promise to never do ugly things like sell your contact information.

You have Successfully Subscribed!